According to The Royal Humane Society records, the incident happened at 7 a.m. on September 25th 1850. Miss Mary Kane and her sister Kate just had a swim and “barely changed a wet for a dry garment” when Miss Kate heard a cry for help. She saw a Mrs Lendun struggling in the water “and the bathing-woman who had gone to her assistance also (being) taken off her feet by the undercurrent”.

Miss Kate collected all the “bathing dresses” she could find, tied them together and threw them to the women. Miss Mary meanwhile, rushed through the crowd (presumably looking on) “and at imminent risk of her own life, dashed into the sea to effect the rescue of those two persons”.

Miss Mary grabbed “the bathing-woman, whose struggles were very violent” but soon found she herself was getting dragged out to sea. However, Miss Kate – “in a most dangerous position” – threw her line to the struggling women, which Miss Mary grabbed “and all three were thus happily drawn in together”.

As a result of their actions, both sisters were presented with Royal Humane Society silver medals – the highest honour that can be bestowed from the society. 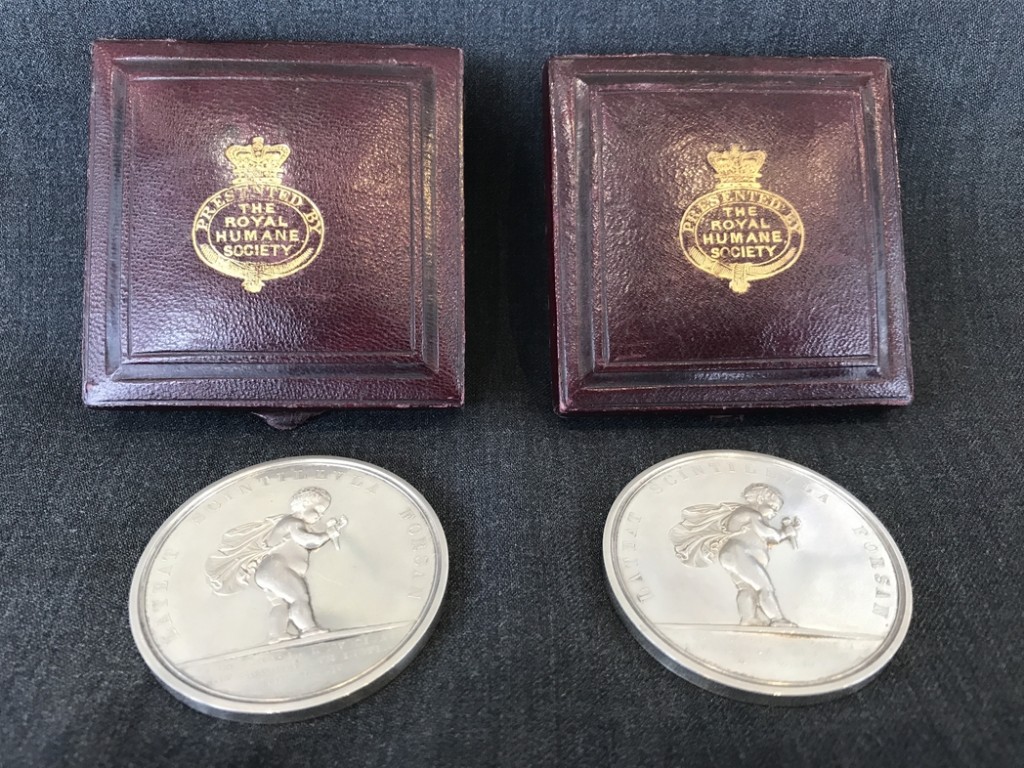 The Silver Medal dates back to 1775 and is the Society’s oldest award.

The Committee judges each case on its merits. The Silver Medal has been awarded to people who have;

•put themselves in extreme personal danger

•carried out a very long and arduous rescue

It is the highest honour that the Society can bestow. This is accompanied by a Certificate signed by the Society’s President, HRH Princess Alexandra.

Only a small number of Silver Medals is awarded each year – though there is no upper limit.

The medals were sold at auction on Tuesday 18th of March 1997 and were purchased by Bundoran Town Council.