On September 16th 1961 Hurricane Debi devastated much of the west coast of Ireland, including Bundoran as is evident from the picture below. The strongest winds were recorded at Ireland’s most northerly point Malin Head. 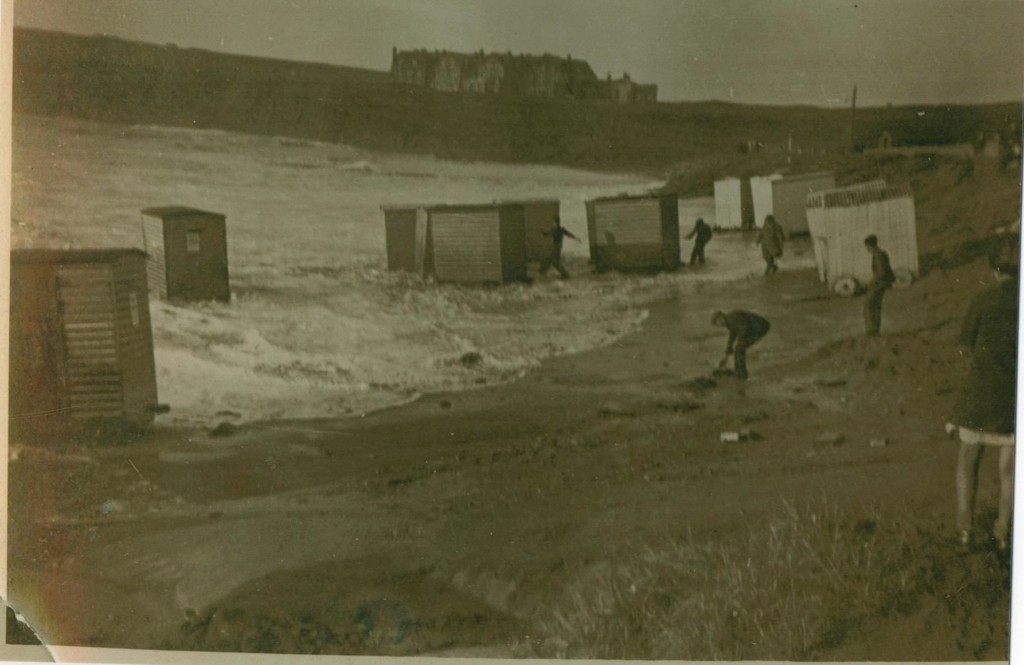 This extract, taken from Wikipedia, tells the story of the day.

As early as September 13, residents were made aware that a storm might strike parts of Ireland with hurricane-force winds. Two days later, forecasters believed the storm would take a more southerly course towards France. This forecast was later withdrawn as the storm failed to turn eastward.[10]Consequently, gale warnings were issued for much of western Ireland on the morning of September 16, hours before the brunt of the storm arrived.[11] Fearing building collapses, officials in County Galway closed markets for the duration of the storm.[12]

A powerful tropical or extratropical cyclone, on September 16 Hurricane Debbie became one of the most intense storms on record to strike Ireland. The storm brought hurricane-force winds to a large part of the country,[9] with wind gusts peaking at 114 mph (183 km/h) off the coast of Arranmore.[12] At several locations, all-time wind gusts and ten-minute sustained wind records were broken.[9] Sustained winds at Malin Head stayed at or above 62 mph (100 km/h) for approximately six hours.[8] Debbie was the strongest storm, in terms of atmospheric pressure, to strike Belmullet during the month of September, with a pressure of 961.4 mbar (hPa; 28.39 inHg) measured in Belmullet.[9] Rainfall from the storm was relatively minor, with rainfall rates peaking at 0.35 in (9 mm) per hour at the Valentia Observatory. Though limited, the rain did cause some lakes in the west to flood.[8]

The greatest damage occurred in a swath stretching from Kerry to Limerick as well as the counties of Sligo and Donegal. In these areas, the hurricane’s powerful winds damaged or destroyed many buildings and downed trees and power lines.[13] In the hardest hit areas, communication was not restored for over four days.[10] Many roads were blocked by debris for up to two days. Crops and trees were badly damaged.[13] Approximately two percent of the trees in the forestry industry were snapped or uprooted, with some areas losing up to twenty-four percent.[8] In general, corn and wheat crops fared better than expected, with only 25–30 percent being lost; however, some farmers reported barley losses greater than 50 percent.[14] Downed trees from the storm wreaked havoc, leaving considerable damage and loss of life behind.[15] All told, Hurricane Debbie was responsible for 12 deaths in the Republic of Ireland.[8][16] Four people were killed in County Cavan – a widow, her two daughters and granddaughter – after a tree fell on their car.[15] Five deaths resulted from fallen trees and three others were from building collapses.[16] At least 50 people were injured, few of which were serious.[17][18] A study in 2012 estimated that damage from the storm was at least US$40–50 million across Ireland.[8] 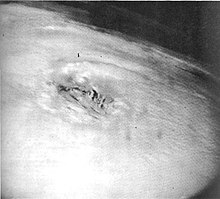 Newspapers reported that the city of Galway “resembled a bombed area,” referring to the scale of damage caused by the winds.[19] In nearby Ballygar, two barns were destroyed, one of which had debris strewn over a wide area.[20] Hurricane-force winds battered Tuam for several hours, leaving most buildings damaged.[20] Nearly every structure in Connemara was damaged and many homes lost their roofs.[21] At Cork Airport, windows at the control tower were blown out and a construction crane was knocked over.[16] Residents in Loughrea dubbed Saturday, September 16, 1961 as “The Day Of The Big Wind” in light of the extensive damage.[12] Damage in Roscommon was “impossible to calculate,” as all power and communication around the town was lost.[21] In Limerick, 15 people were injured.[19] Across County Cavan, thousands of trees were snapped or uprooted, leaving many towns temporarily cut off as roads were blocked and communications lost. Many structures sustained damage, which ranged from broken slate roofing to flattened barns. Most towns across the county were left without power and telephone service. Residents described the storm as “the worst in living memory.”[22]

Along the coast, rough seas spurred by the winds damaged docks and flooded some coastal regions.[15] Offshore, waves reached heights of 45 ft (14 m) near Arranmore.[12] Dozens of ships were torn from their moorings and run aground at various ports,[15] some of which were found 200 yd (180 m) inland. In Salthill, three marinas were damaged with forty vessels damaged or sunk.[23] Between 11:00 a.m. and 1:00 p.m. local time, onshore winds from the storm caused the River Shannon to flow backwards and rise 4 ft (1.2 m).[21] Hundreds of acres of land, including potato and cabbage plots, were left several feet underwater. Many roads were submerged, making travel impossible in the area.[22] The combination of strong winds and sea spray from the storm caused extensive defoliation of vegetation up to 10 mi (16 km) inland.[12] Spray from the River Foyle reportedly travelled 100 yd (91 m).[24]

In the wake of the storm, more than 1,000 Electricity Supply Board (ESB) personnel were deployed to restore power.[18] In some areas, locals worked together to provide others with fresh food after electricity was lost. Fire brigades were sent on patrol to quell any looting.[20] In Galway, ESB repair crews worked through labor and supply shortages to restore power and telephone service despite recent strikes in the company. By September 23, officials in the city appealed to the Government for funding to deal with the aftermath of the hurricane. Uncertainty over whether some of the cost could be footed by landowners themselves resulted in disagreement over how much aid to request.[23] Due to the severity of damage to the electrical grid, there were numerous requests made to the ESB to build underground power cables, especially in Galway.[25]