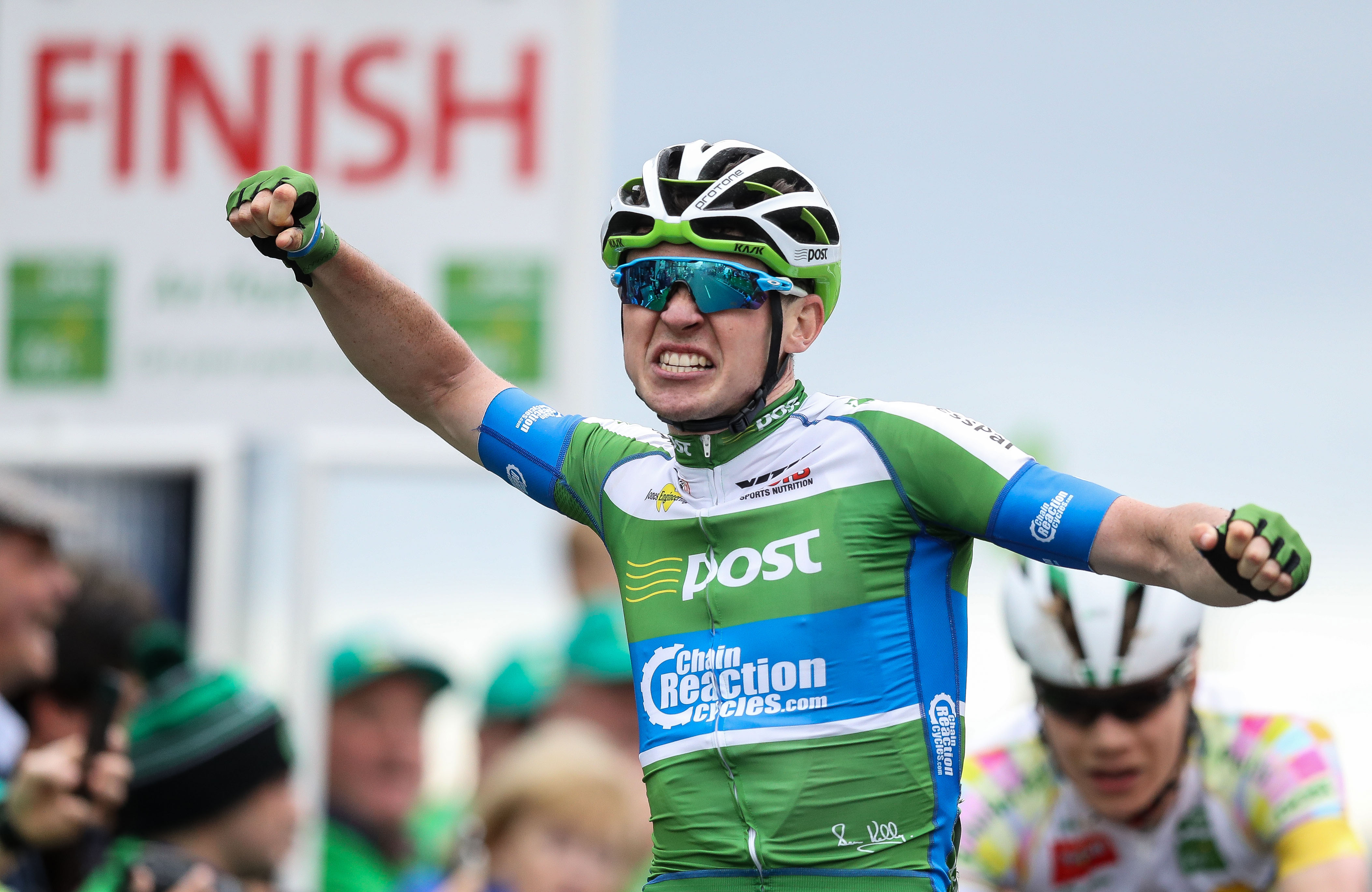 Ireland’s Matthew Teggart of the An Post Chain Reaction team put in a magnificent ride to take a hard fought victory on stage three of An Post Rás today in to Bundoran, Donegal.

Today’s route from Newport to Bundoran was the final flat day of racing before the peloton face the gruelling mountainous landscape around Donegal in the coming three days.

The break cooperated well together, establishing a one minute 30 second lead over an eight man chasing group, which included Irish riders Darragh O’Mahony (Ireland National Team), Simon Ryan (Cork Strata3 / Velo Revolution), Daire Feeley (Galway Team iTap) and Sean Yelverton (Tipperary Panduit).  Shaw was the aggressor at the front of the break, taking the sole An Post Prime of the day in Enniscrone, Sligo on the 60 kilometre mark.

Gradually the chasers began to reduce the deficit on the break and their work was rewarded when they merged with the leaders in Easkey with 70 kilometres to go, making it a bunch of 26 riders out front. At this point, the main field, featuring yellow jersey Brochner Nielsen, was lagging behind by a massive 4 minutes 45 seconds. 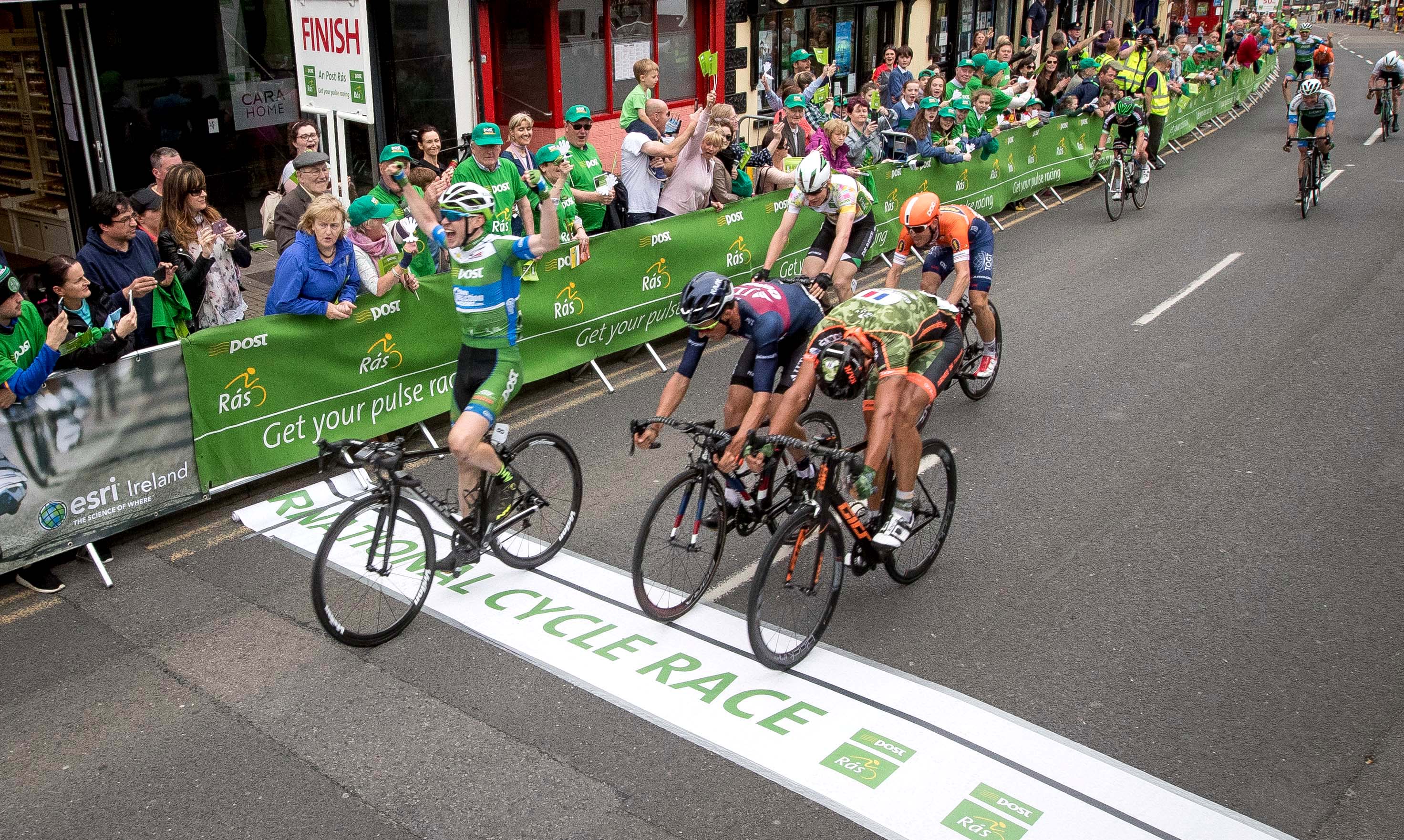 With five kilometres to go, the lead break held a 50 second gap over the 13 chasers with the winner now certain to come from that group. With 300 metres to go coming in to the main street in Bundoran, Teggart jumped early, digging deep to stay ahead and cross the line for a memorable win.

It was Teggart’s first race after recovering from a broken elbow and he was overjoyed to get his first Rás stage victory:

“It’s an absolute honour to even ride the Rás never mind win a stage. The boys played an absolute blinder today. Damien and Sean pretty much sacrificed themselves for me. This is my first race back from injury so I’m over the moon with the result.”

Following today’s action, Bakker now leads the race and also holds the Green, Points jersey and the King of the Mountains jersey. It was a superb day for the Irish with Lavery, O’Mahony, Shaw and McKenna finishing in the top ten on the stage. Teggart’s performance puts him atop of the Under-23 classification and Lavery’s sixth place finish means he wears the county rider jersey.

Regular updates and action footage of this year’s An Post Rás are available on www.anpostras.ie, twitter.com/anpostras 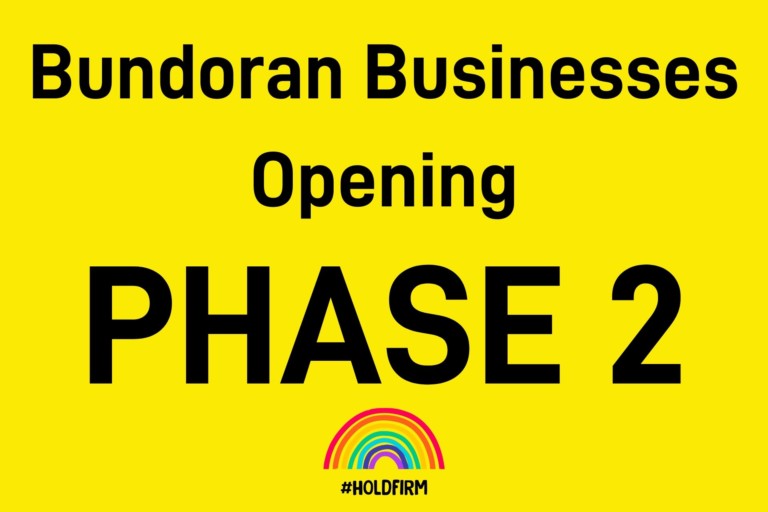 Bundoran Businesses Opening in Phase 2 There are a number of Bundoran businesses opening in Phase 2 of the easing of national restrictions in place due to Covid-19. This is the second step to reopening our town and our economy and we hope that you will support these businesses as best you can. Below we… 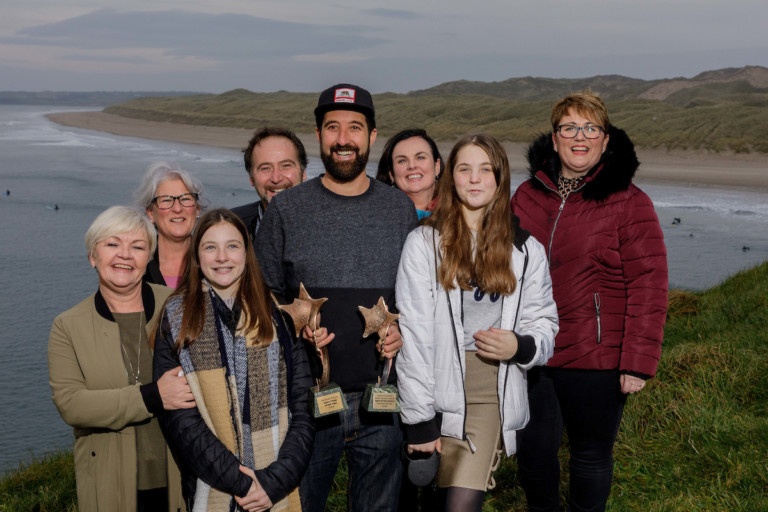 Liquid Therapy, an inspiring organisation which provides ocean, surf, and water therapy for young people with physical, emotional, behavioural or intellectual needs, received a hero’s welcome Sunday afternoon at a reception at the Salty Fox Cafe in its home town of Bundoran, Co Donegal. Liquid Therapy, the National Lottery Good Cause of the Year 2019,… 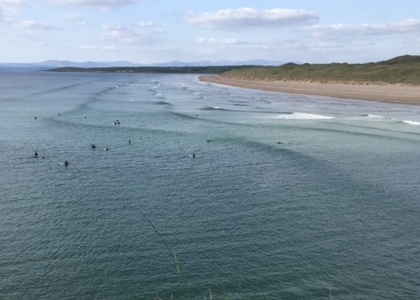 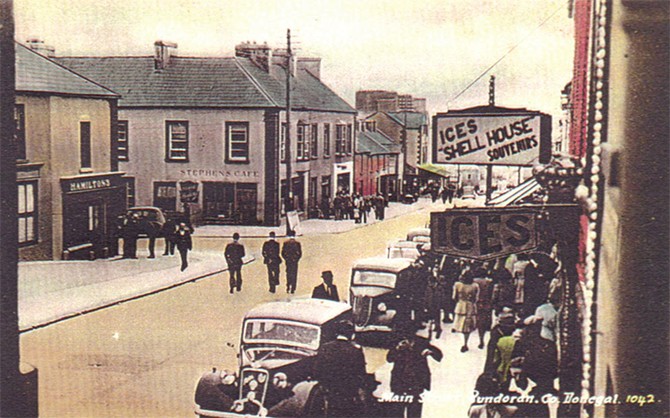 Tir Hugh Tours in association with Discover Bundoran announce the return of the popular weekly historic walking tour which will happen on Thursday mornings at 11am from June 16th 2022. The tour, which lasts approximately one hour, will take in the town’s varied history from tourism to music to military, railway and more. Once again… 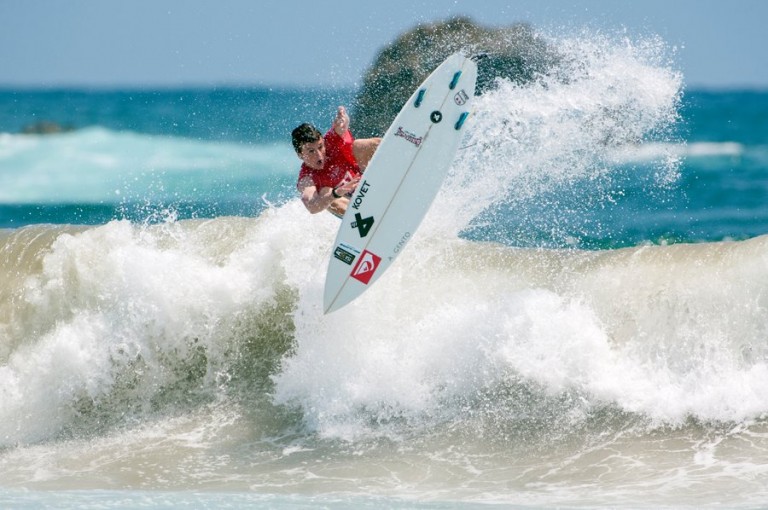 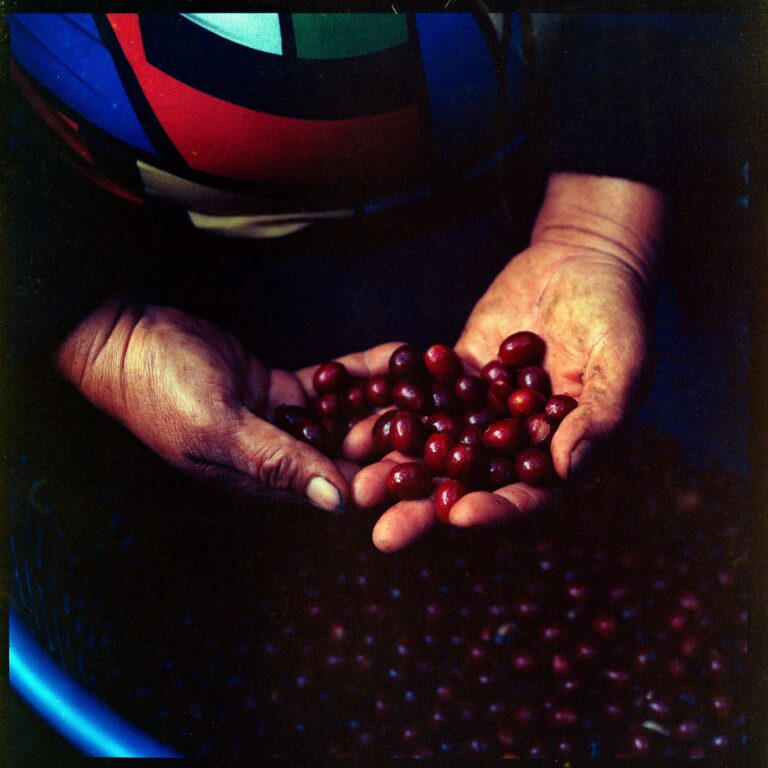